Project Management is about
ensuring a one-off, multi-stage transition happens,
happens on schedule,
and happens within budget.

Step one in Project Management is to define the desired outcome … defined in detail. Only then consider

Is the project intended to deliver a bicycle or an F1 racing car? Which is the budget for?

One source of failure is not treating a project as "chartered": as something that must happen.

An example of success: 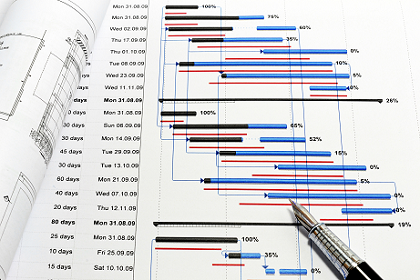 A software company had many manual steps between their development servers and customer deployments. At the start of the project:

At the end of a multi-year project:

When one of these new auto-QC tools was initially used on older deployments, thousands of defects were identified. The team then worked as a priority task on rectifying the errors.

Upgrades had been taking two days, with the deployment offline. With the implementaion of automation, the process had been reduced to a maximum of half a day, with no disruption to customer service. As a result, operations staff had been able to take on the role of process minders, freeing them to carry out other tasks.

For more information on how we can help you with improving process management, including carrying out an ad hoc review, please write to robert@esm.solutions.