The initial step in Process Management is to identify what is currently taking place and what should be occurring.

Once what is going to happen in future is determined, it is essential to make sure everyone who needs to be aware is informed and trained. Process documentation is the next step in adding value to the business: it allows training towards uniform actions through delegation, and where appropriate, automation.

Processes should not be rigid: the documentation should not be a limiting factor, but an ongoing source of explicit knowledge and wisdom. Incident and problem reviews are both potent opportunities to help identify and address process issues. Process issues can be resolved by looking to see if any changes or updates are needed to improve the process. If so, these changes should be made in order to make them more robust. This should be done without allowing the phrase "we've always done it this way" to pass unchallenged. 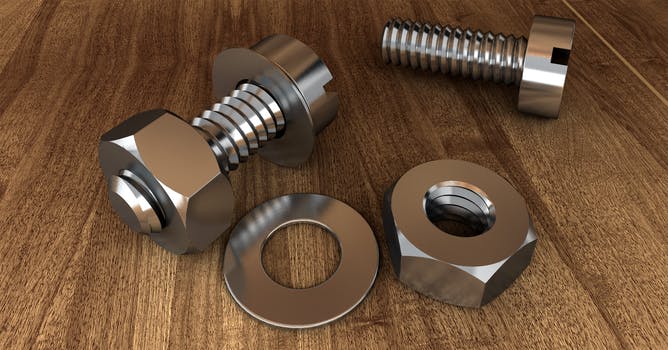 I wrote my first process automation for a manufacturing business over 25 years ago. As background, product rejected by quality control were internally impounded and stored in a locked cage. The need for a larger cage triggered a process review. At that time there was no 'world wide web' and it was early days for software supporting what would become known as email. "Reject Notes" were multi-part paper documents that were carried from department to department by hand. Other than seeing the items in these quarantine cages, management had no view on size of what was clearly a growing issue. There was no accurate assessment of the monetary value of the segregated product.

These Reject Notes might be left on the desk of the next person to action, or buried in their in-tray. The person might be on holiday. Due process was being circumvented by somebody writing "Not Required" for what was intended to be a essential check.

Consequently, items were being reworked when it was not economic, or the perceived fault was in truth a desired feature. Thousands of pounds worth of product was impounded, meaning even more thousands of pounds was being spent manufacturing urgently needed replacements to satisfy promised delivery dates. This carried the penalties of paying over-time rates and disrupting planned schedules.

Valuable factory floor space was be taken up by ever larger cages.

Instead of a custom software solution, new tools enable the quick capture of process information as a diagram that can be reviewed, becoming the template for a process engine like Intelligent Actions. This technique delivers a quick and resilient solution that is ISO9001 compliant. Skore is recommended gor process mapping software: this is a powerful tool that I wish had been available fifteen years ago. We can convert an existing written protocol, or a photo of a white-board diagram, into a process flow diagram. The best part, though, is being there in a meeting then doing one-on-one interviews. 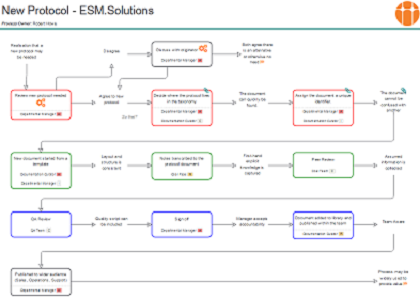 Why hire a Service Management Analyst to help you carry out process reviews?

For more information on how we can help you with improving process management, including carrying out an ad hoc review, please write to robert@esm.solutions.